A regular Eldon favorite not to be missed! 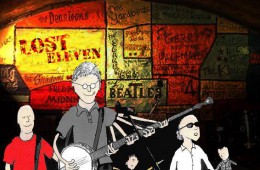 Since beginning their career in Bristol, Carmina have toured all over the world and recorded 6 albums, two of which were produced by the highly-respected Irish musician Donal Lunny. Their music is an intoxicating blend of Celtic-inspired themes and jazz improvisation, woven together in powerful original songs.

Carmina’s new album Landmarks, recorded at Peter Gabriel’s Real World Studios, features their own core band of world-class players, some of the best UK jazz and folk musicians, and 2 choirs.

The Eldon gig will feature the core Carmina duo, who will be playing tracks from this album, plus new arrangements of both traditional Celtic and contemporary material. Singer and songwriter Pippa Marland has ‘a wondrous voice, enchanting and emoting’ (Time Out) and is also an accomplished saxophonist, adding alto/soprano saxes and whistles to the mix of instruments. She and masterful arranger/songwriter Rob King (acoustic guitar, mandola, bodhrán) are the founders of Carmina, and compose the songs around which the band weave their magic, crossing musical boundaries effortlessly and blending styles organically into a subtle but powerful original sound.

Pippa and Rob are joined for this gig by core Carmina band member Paul Bradley – Paul is a brilliant, maverick guitar virtuoso, originally from Belfast and currently living in Bristol  – he is also a wonderful singer, with a great harmonising ear and a voice which perfectly complements Pippa’s own lead vocals.

“Powerful and spiritually uplifting” The Guardian

“a magical sound…the quality of musicianship of the people with whom Pippa & Rob surround themselves could not be higher … inventive & rock-solid, the beauty of their music was quite overwhelming” Bristol Evening Post  (live review, Colston Hall. 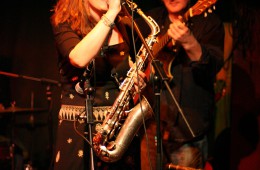 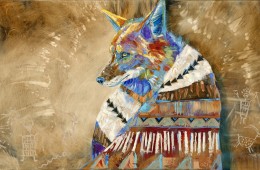